how to make a flap skirt: waistband part 2 and flap

I am sorry I kept you waiting for the next steps.  If you did miss the first parts you can find them here. 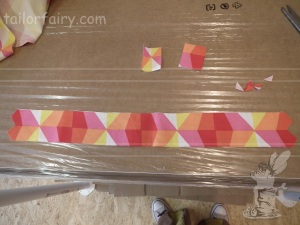 to have triangles at the end, I haven’t thought this through, you will see in a few pics why;)

then I folded the ends in the middle and pinned, the part that later will be attached to the back of the skirt stays open 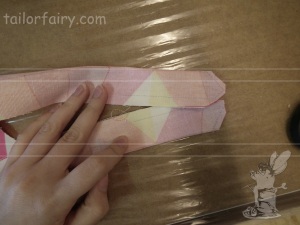 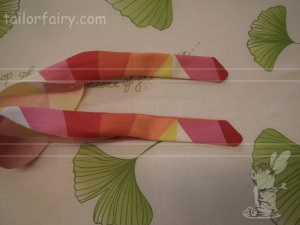 after turning them right side out you can see how I forgot to plan with the seam allowance so my triangles moved to one side, but I decided to keep it that way;) if you want an even triangle, remember to only draw it on the later seen part, leave the seam allowance open;)

now I pinned the flap to the front of the skirt

and sewed, start and end 1cm before the open edge

and the the inner seam allowance inward and pinned all in place, and sewed in the fold of the original seam, I also sewed up into the flap at the corners, to sew the short waistband parts, into the flap 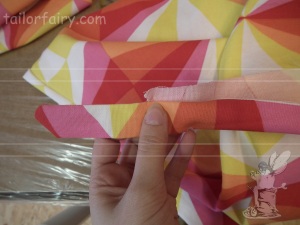 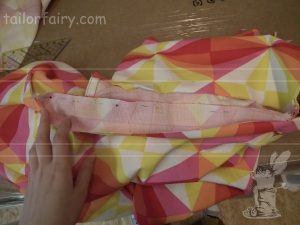 and pinned the waistband, right side to right side all around the back waist. Then I sewed. 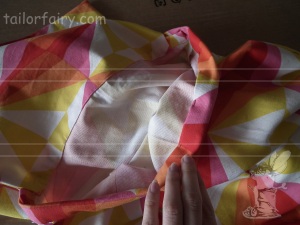 folded the waistband up and over, the inner seam allowance inside and pinned again, then I sewed in the fold of the original seam again, so my seam pretty much is invisible

on the inside you can of course see the stitches

next monday: straps and buttons

I hope this was helpful for you! Let me know if you have any questions!