The most-read post of 2013 was a magazine impression. That was a blogging series where I wrote about my personal opinions and thoughts about sewing magazines I found and bought in various places.

The most-read post from this series was my thoughts about the Patrones magazine, a Spanish pattern magazine:

Back then, I was always going into newspaper stands and magazine shops looking for sewing mags I did not know yet. I still do. But I hardly buy any nowadays…

One of the reasons will probably be I noticed that everything is recurring again and again. It got a little boring. And I make my own patterns mostly nowadays. 😉

I never sewed anything from the Patrones magazines yet, but I bought some more editions a few years later. 😉

Funnily enough, another magazine impression also was one of my most-read posts of 2013: La Mia Boutique, an Italian magazine: 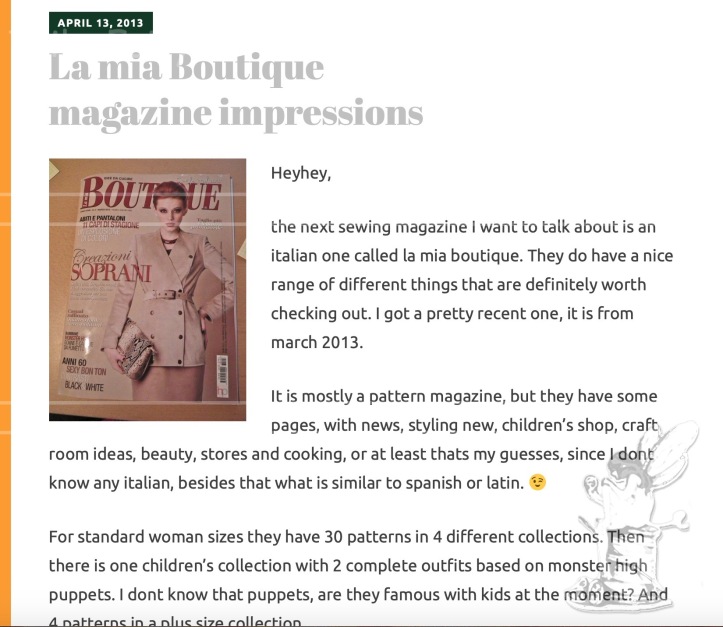 So what do you think? Did you read the magazine posts back in 2013? Did you miss them later? Do you buy sewing magazines? Which ones?