Button and the bamboo bicycles

Today was a lot more adventurous than anticipated. It started with my printer, deciding that it did not want to print my Schleswig-Holstein-Ticket even though it just got new ink. I tried it quite a few times, and I have some half-printed pages to proof it. In the end, I had to trust that it would work in its digital form, which it luckily did. I still would have felt more relaxed with a paper ticket.

Then I went to the underground station, to get to Hamburg Dammtor to take a Regional Express to Kiel. Which all worked just fine until I reached Kiel and discovered that today was the day the busses of Kiel did a strike. So there I am in a strange city with no busses. And of course, google maps went on strike, too, or maybe it was the internet connection. Anyways I had to go old-school and go back into the train station and into the next bookstore and buy myself a map of Kiel. And start running… or at least walk really fast. Button in his cosy bag thought this was all an excellent adventure and was laughing a little about me getting nervous.

I am proud of myself though, I managed to get to our appointment just a few minutes late. Where did we go? We went to MY BOO, which is a company building bicycles out of bamboo. The frames in Ghana and the rest in Kiel.  To talk about my wishes and according to those, they will make me my dream-touring-bicycle. 🙂 (And it will even cost me less than the first draft said.) I always liked bamboo as a material and when I heard they build bicycles out of it… it was love at first sight.

So in about 6 weeks Button and I get to welcome a new family member. I have the feeling this bicycle will be a girl, but you never know until you met and pedalled for some km.

On the way back to the station I took some pictures of Kiel for you:

And I had to take a picture of this station/town name from the train window: 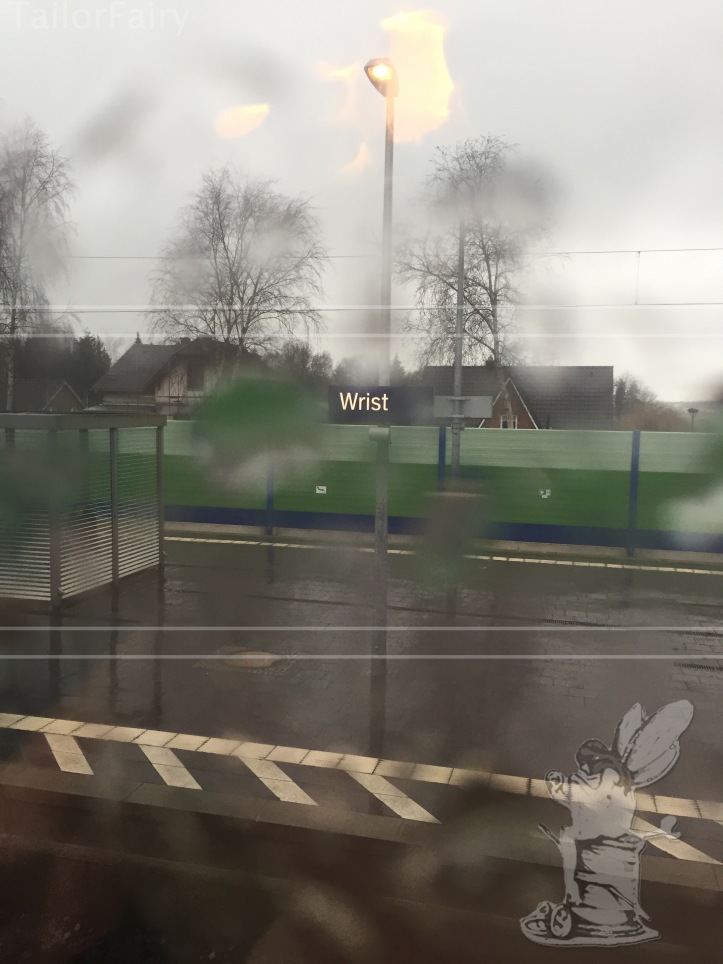 Button and I are already so excited about the new touring bicycle! What would your dream (touring) bike be made out of? What else would you wish for?