the tutorial for the baby-pants I did for friends of mine, I had so much fun with it. When I get children one day they probably get most of their garments sewn by me. I hope I get some more opportunities to do kids and baby cloth till then 🙂 I used an burda pattern for this one. Hope you have fun with this! 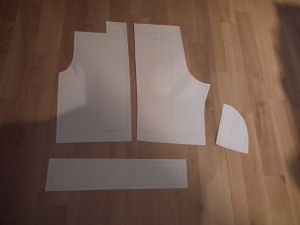 this is what the pattern looks like, I didnt do parts on the knees because it would have looked weird with the print

fold your fabric, selvage on selvage, take care of the grain line, my fabric is only 1.1m wide, if yours is wider it might look different

and cut them, the front flap need to be cut twice, because its cut in fold

pin inseams and side seams of the legs, the curve of the flap from marking to marking and the fold the straps and pin the long side and one short side 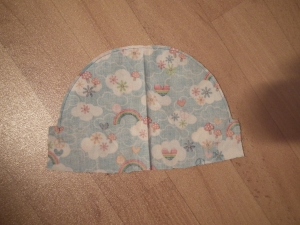 sew and cut the seam allowance short next to the seam, leave the rest as it was 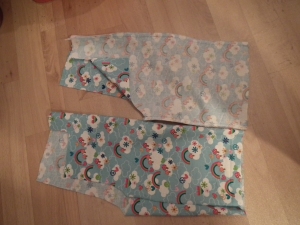 sew the seam allowances with a serger or zigzag, turn one leg with the right side out 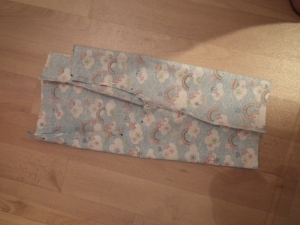 and sew it, also with serger or zigzag

turn the straps around, easiest done with a pen pushing the fabric through and pin the edges

and sew them parallel to the edges

fold the seam allowance in and then the 2.5cm over and pin it

also pin the straps in to the markings you did before, with the open ends

fold the straps up and pin them into place and sew the waistband 2.4 cm parallel to the edge

next you need your elastic, pin a safety pin through one end 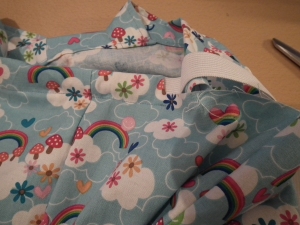 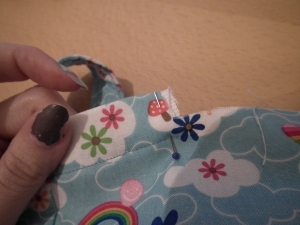 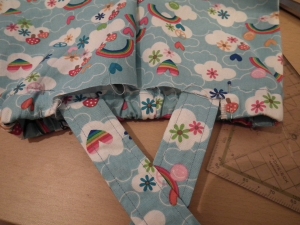 pull it through to the other end and pin it there, too.

and sew the ribbon with a fe stitches in where you pinned it, becareful to stay on the seam allowance the stitches wont be seen later

and sew it, but start and end before the 1 cm seam allowance 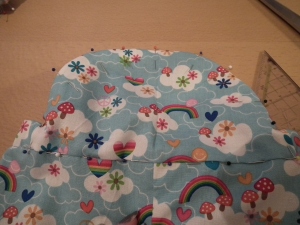 fold the flap over, the seam allowance of the open parts inward and pin the edges and right next to the seam at the seam you just did

and sew it, the curve parallel to the edge, the straight seam right next to the other seam so its almoust invisible 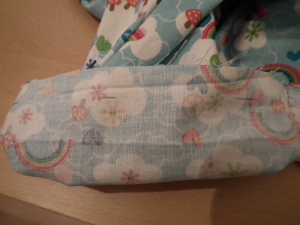 then pin the hems 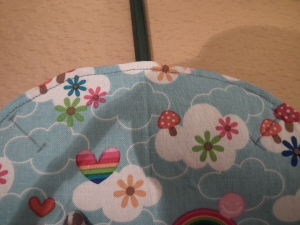 draw the buttonholes on, a few mm bigger then your buttons 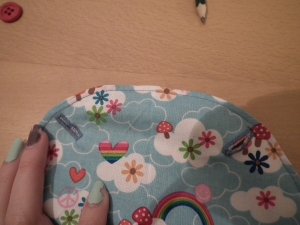 sew the buttonholes, if your machine cant do buttonholes do them by hand, then cut them carefully open 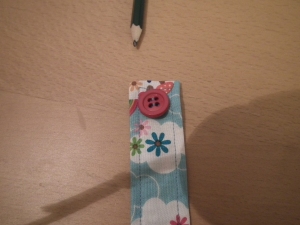 and sew the buttons to the end of the straps 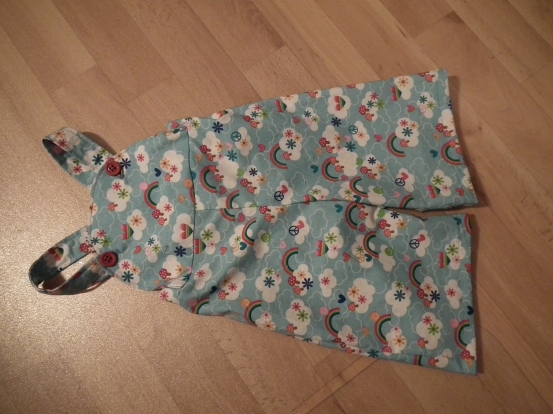 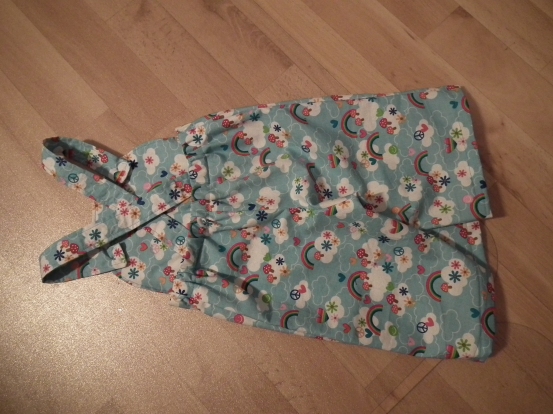