cycling through a crazy world – day 9

Button, Charlotte and I finished the Leine-Heide-Radweg. (day1; day2; day3; day4; day5; day6 ;day7) We reached Göttingen. (day8) Now we are on our way back north on the Weser-Harz-Heide-Radweg. Well, not today yet, since I decided to cut some km off the curve the original route is taking…

So today, packing and loading were a little different since it took me 3 times up and down the stairs to get everything down from the 4th floor. But finally, at around 10:30, we were ready and went our way. The first 6km was all uphill again. But this time I was expecting that so the pushing wasn’t as bad. 😉 And I was just taking my first break when I reached the top.

Next, I left the busy street to go into the woods, which were lovely, but confusing. There were only a few signs… but I got out of it in the city I wanted and reached the next town on my list… even though I suspect there would have been shorter routes. 😉 When I finally found the right street I took another break in Krebeck:

On that street, I got to the next 2 towns without a Problem. I only got stopped by another bicyclist being curious about the mounts for Charlotte’s front panniers. Then a sign warned about a road being closed and nothing about bicycles, so I was getting confused but hoped for the best. This way, I got to Wulften and did another break:

Sadly without pictures. I cycled on and was on the right way when I saw this couple having troubles with one of there bikes. When I asked if I could help and we started talking, I soon got invited to stay with them tonight. I pushed Charlotte next to the woman for some more km until the man returned and we loaded up the broken bicycle and Charlotte on their car and went to their home. Where they fed me a glutenfree dinner, we spend a nice evening together, and they even gave me my own room. I still will testsleep in my new sleeping bag, but this will be different than in my tent, so the final test is still to come. 😉

The day on a map and in numbers: 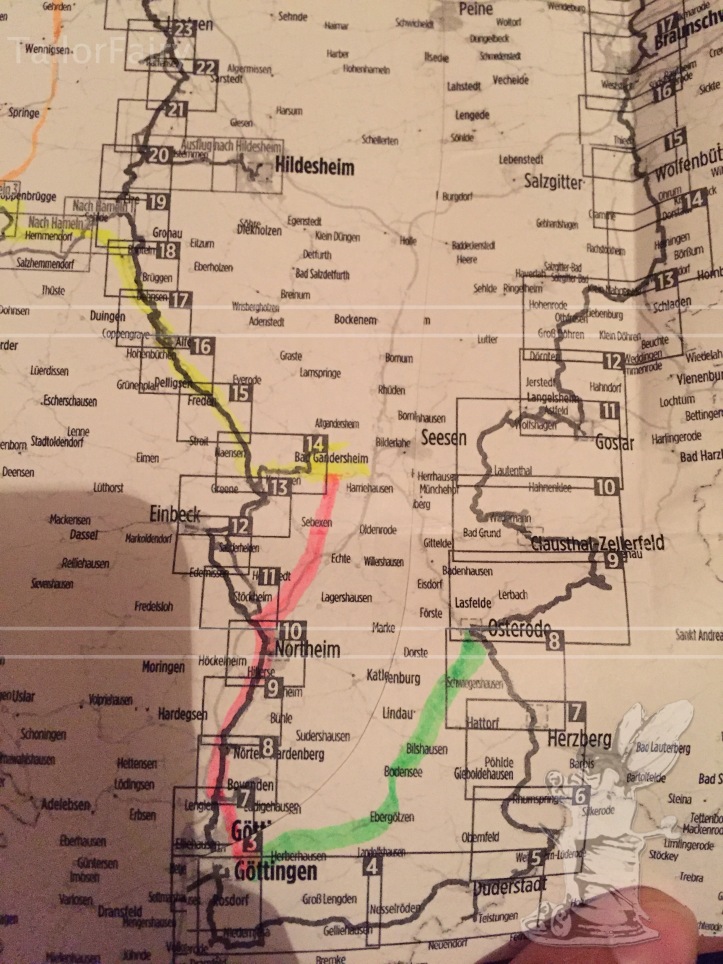 Charlotte’s favourite part of the day: being asked about by a man on the street and my kind hosts

My favourite part of the day: meeting such kind people and surviving one of the hillier days (tomorrow will be the worst, and then it gets flatter again)

I will write again tomorrow, so you can pedal this adventure with me.