cycling through a crazy world – day 5

Button, Charlotte and I are still on our tour on the Leine-Heide-Radweg. (day1; day2; day3; day4) Today it first got confusing, and we lost our way a few times, and then it got hilly… really hilly. At some point, I just had to take a break on the side of the road, which was just keeping to go uphill and I was exhausted, also from the day until then, but mostly because of the hills.

I still do not have a new sleeping bag. The last night wasn’t great, but not so bad either. This morning I talked some more to my bicycle-touring-neighbour. Then packed and talked some more to my caravan-touring-neighbour. 😉 So again, we left the campground at around 11. And first I went in the wrong direction to get to a camping-shop the friendly guy in the office of the campground suggested. (By the way, on that campground you are paying currently 2.50€ more to cover the additional cleaning.) Anyways I found the store, they also did have sleeping bags, but the mostly sounded similar to the one I already have. And if I have to buy a new one, that should be a good one that will keep me warm and comfy for some years to come. So now I shortly thought about cycling into Hannover and going into Globetrotter. But leaving Charlotte fully loaded alone in the front of a store in the middle of the city was scaring me. So I went on my planned way. Which again was another route the Leine-Heide-Radweg. There was again no campground where I needed one, so I changed it up a bit.

The first time I just turned right, when I should have turned left and noticed after at least 2km, so I had to turn back. And did my first break in the town named Letter 😉 Sadly I did not take any pictures:

Next, I missed a turn and pedalled straight adding some more km to my tour, but then I found my way again and took another break without pictures in Empelde.

When already starting to leave I got asked about Charlotte in English, but after at first being curious, he soon said he thinks the bamboo will break easily and that conventional materials are better for bicycles. That’s when I already felt weird about him and when he kept asking how much money Charlotte did cost, I was delighted to see him leave.

Now it started with slight hills, but still feeling ok. Actually, I even liked the hilly view because it reminded me of my childhood. And I reached Völksen.

And then the hills slightly got worse and worse until the already mentioned almost breakdown at the side of the road. But then I got rewarded with about 3km only downhill. Of course, the campground is on a hill again, so I reached it pushing Charlotte.

But this really is sleeping with a view, isn’t it? 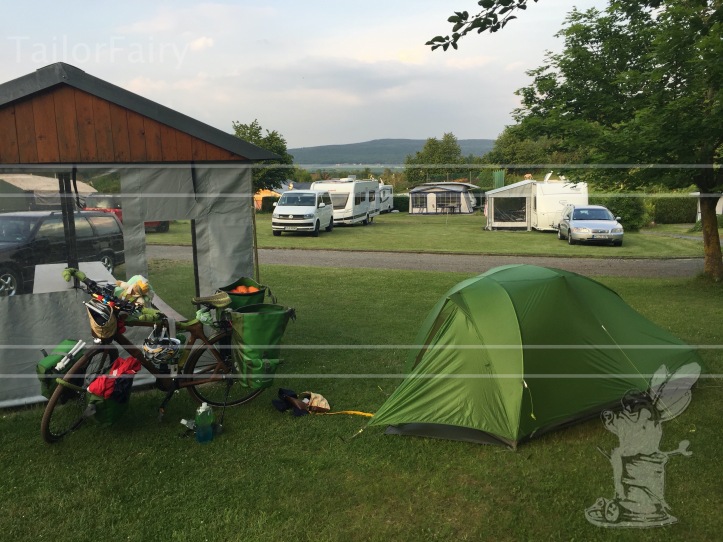 The day on a map and in numbers: 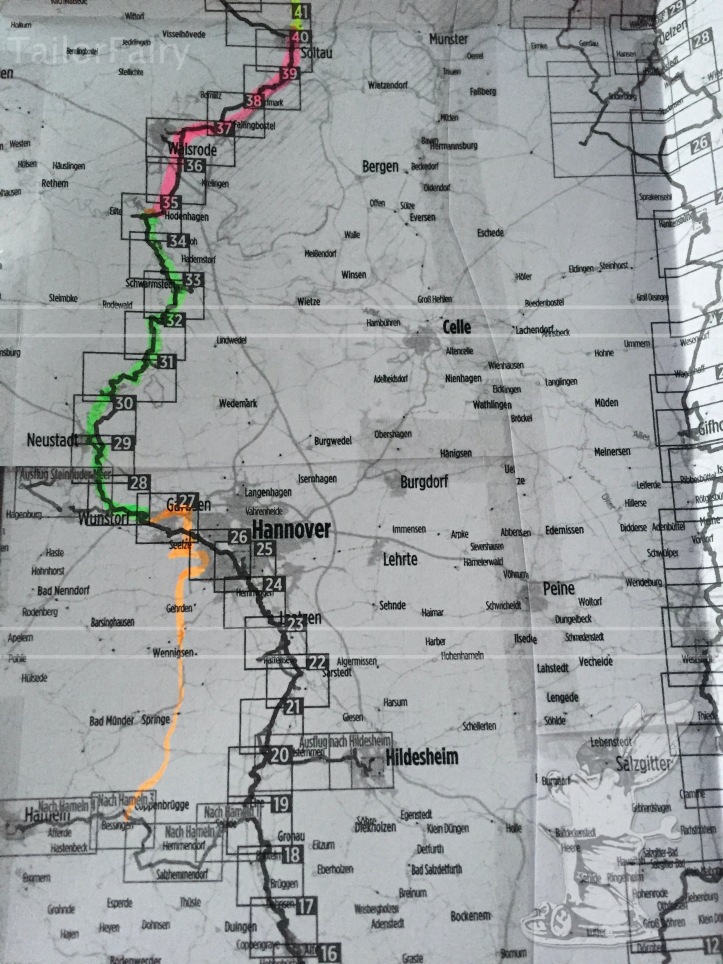 Buttons favourite part of the day: sunshine and the views

Charlotte’s favourite part of the day: that 3km downhill

My favourite part of the day: that 3km downhill

I will write again tomorrow, so you can pedal this adventure with me.