I am happy to report that the soccer/socks work, even though I am wearing them the worng way. I have folded them in the middle down, so the cuff for under the knees is over my toes again. So my feet are covered in 2 layers. It worked they stayed warm. But a new problem came up…

Around 2 am I woke up because I was really cold – from the ground up. My sleeping pad did get a little soft on my the last nights, but I thought it was due to the tempreature drop at night. But this night it was almost flat and for that did not isolate me from the cold ground anymore. So I had to get me -as a sleeping-bag-worm of the pad to reinflate it and hope for the best. It was very soft again in the morning, but it endured well enough.

I do have patches and such with me, but I do not know where the leak is, so I can not glue it on. I was considering dipping it into the Baltic Sea today, since my canpground is just at the beach, but it did look a little foggy and was moving to much, I probably wouldn‘t have seen anything and just get everything wet.

Well, to jump back to last night, I had some pretty weird dreams about the sleeping pad after that. Luckily I can not remember them anymore.

But it definitely messed up my routine and concentration and so I left the campground at 11:20 am. So we started cycling and all the benches for breaks I always noticed to late, or there was a lot of traffic in between. So we cycled until Nykøbing without any breaks.

Entering the next island: Falster. Still on Lolland the view of the bridge: 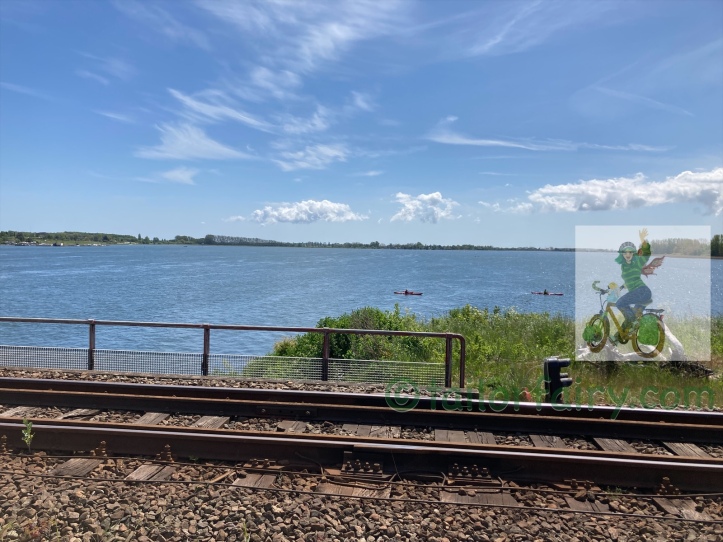 And my rest spot just on the other side looking back:

After a long lunch break we cycled on, mostly close to the coast until we reached Marielyst. Where they had those nice chairs in their shopping/eating plaza: 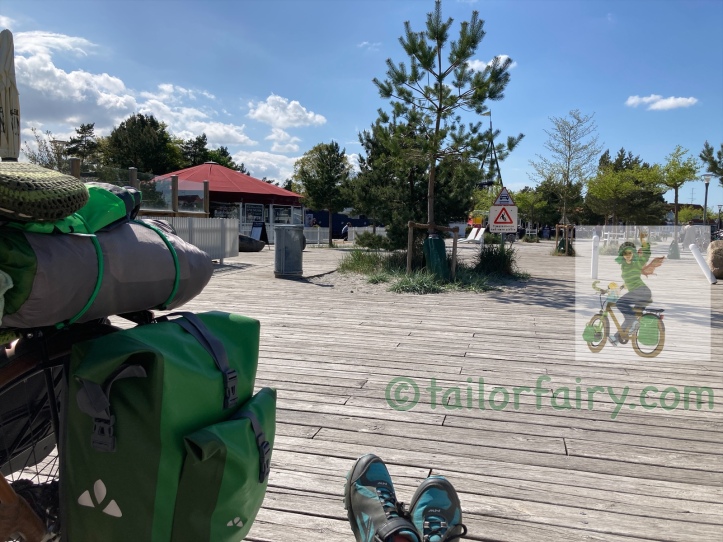 Then there was the last leg of todays tour, with a little bit of fighting the wind until we reached the campground for the night. They had a nice store attached to their reception and guess what I found? Powdered mashed potatoes. Of course I had to buy some, not knowing if I will find it again. Even though I first have to finish the pasta or the pesto will turn bad.

So wish me luck with my sleeping pad tonight… 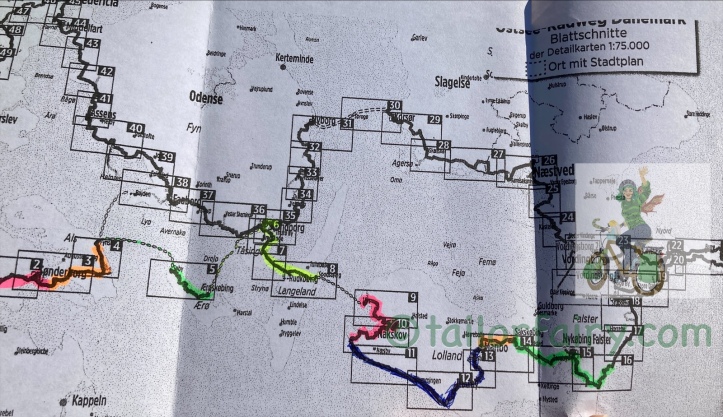 128 DKK for the campground

49.90 DKK at the store for mashed potatoes and sirup

If there is anything you would like to know about, please do not hesitate to ask. I am happy to include your interest in my reports if possible.